I’m so pleased to say that my new novel ‘The Girl in the Pink Raincoat’ has been accepted by publishers Head of Zeus. Like my other books it’s a WW2 family saga with lots of romance, but the setting has moved from Belfast to Manchester. I’ve lived in the city for a long time and it seemed a natural step to explore the war years through the eyes of a Mancunian family –   though I couldn’t resist having a Belfast woman as one of the characters.
The ebook will be available from 12 July 2018 and is already listed on Amazon to pre-order. The hardback and paperback will follow later in the year.

Here’s a quick preview of the story:

With whispers of war across Europe, many are uncertain of what the future will bring. For Gracie Earnshaw, who works in Rosenberg’s raincoat factory, life is turned upside down when she meets the boss’s charismatic nephew, Jacob.
Through Jacob, with his ambitions to be a writer, Gracie glimpses another world: theatre, music and prejudice. But their secret romance is tested when war finally erupts and tragedy unfolds.
Gracie struggles with heartbreak, danger and old family secrets. But, eventually, the love of her first sweetheart comes back to her in an unexpected way, giving her the strength to carry on and find happiness again.

It was a real pleasure to be with Hannah at North Manchester FM yesterday chatting about books on the ‘Hannah’s Bookshelf’ show. You can listen to our conversation by clicking the link below.

We talked about reading, writing, my Martha’s Girls trilogy (of course) and I got to choose three books to be added to The Library at the End of Days – a kind of apocalypse reading list. I chose The Complete Works of William Shakespeare, Jane Eyre, and Staying Alive – a brilliant poetry anthology.

On this day 100 years ago my mother Irene Goulding was born in Belfast. She and her younger sisters were the inspiration for my trilogy of novels set in N Ireland during WW2. Her first job was hand-painting linen tablecloths, but with the outbreak of war she went to work at Short Bros & Harland aircraft factory helping to build Stirling bombers. At the same time she and two younger sisters, Pat and Peggy, formed the ‘Golden Sisters’ singing in close-harmony – Belfast’s answer to the ‘Andrews Sisters’. As members of ENSA they entertained the troops and performed in concert and dance halls raising morale. Writing the books I began to see wartime life through their eyes and got to know them as young women. Sadly they’re all gone now but today I raise a glass to my mother, Irene. I’m so proud of you.

Thank you to everyone at ‘Her Edit’ for inviting me to contribute to their third year anniversary issue. You can read my article by clicking on the link below.

‘An enthralling and moving end to this best selling family saga’

Victory is on the horizon but can Martha’s girls find lasting happiness? 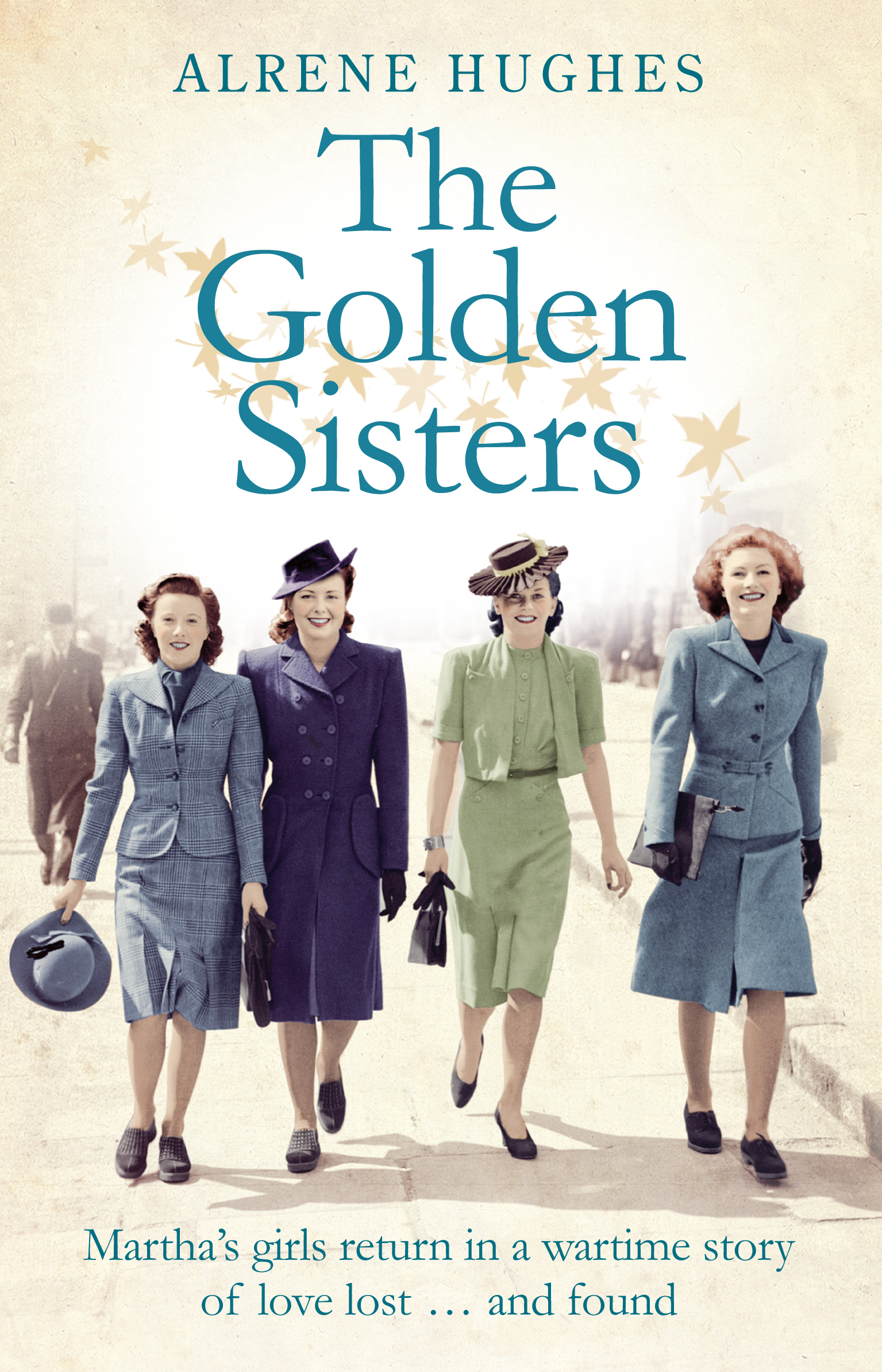 A moving saga that takes the reader to the very heart of a close-knit, fiery, loving family. Belfast, 1939, and Martha’s girls are beginning to make their way in the world. Irene, the eldest, is on the lookout for a new job and romance. She is torn between Sean O’Hara - wanted by the police for something he didn’t do - and RAF radio engineer Sandy, serving in India. Pat is sensitive, thoughtful and dreams of life beyond the Ulster Linen Works. When she is introduced to a dashing tenor, the possibility of a new life seems ever more real . . . Peggy, hot-headed and glamorous loves her job in Mr Goldstein’s music shop on Royal Avenue, where she catches the eye of a Humphrey Bogart lookalike, but he isn’t all he appears . . . Sheila, the youngest, wants to stay on at school, but her family desperately needs another wage. Above all, she longs to be treated like a grown up. Although they lead very different lives, the sisters share a passion for singing and when they are asked to join a new troupe of entertainers, Martha fears this will put them in temptation’s way. Can she hold her family together and keep her girls safe, even when the bombs begin to fall? ISBN 978 0 85640 915 8 www.blackstaffpress.com